When my daughter Evie’s kindergarten class lined up Friday for Sports Day races with teams named after B.C. resource exports, we knew they were into serious learning. The team from NAFTA failed to show, but in the end we learned the lumber team won at least a participation ribbon. After the cheese pizza everyone went home happy. 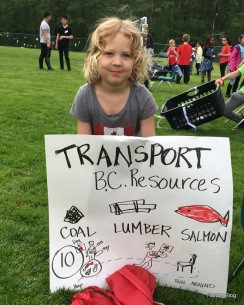 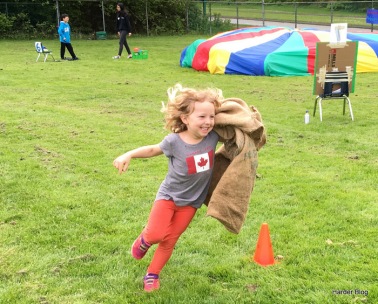 Robots are increasingly being blamed for job losses these days. At the same time its been said that robots can’t perform as well as humans when it comes to “complex social interactions”. According to Science Daily, researchers recently found that personality factors are the best defence against losing your job to a robot.

Humans outperform machines when it comes to tasks that require creativity and a high degree of complexity that is not routine. As soon as you require flexibility, the human does better. The edge is in unique human skills.
– Rodica Damian, assistant professor of social and personality psychology, University of Houston

In assessing the threat therefore that robots pose for replacing lumber traders in the marketing function, could it be that the critical determinant may involve evaluating the degree to which lumber trading is deemed to involve “complex social interactions”?

We’re told the study’s findings also suggest that traditional education may not be fully equipped to address the rapidly changing labour market. With that in mind, I read with interest Thomas Friedman’s column in today’s New York Times, Owning Your Own Future. Friedman argues that in the face of automation (“accelerations set loose by Silicon Valley in technology and digital globalization”), the self-motivation to learn – and keep learning – has become the most important life skill. He quotes education-to-work expert Heather E. McGowan: “Stop asking a young person WHAT you want to be when you grow up. It freezes their identity into a job that may not be there. Ask them HOW you want to be when you grow up. Having an agile learning mind-set will be the new skill set of the 21st century.”

Political analysts will long debate over where Brexit, Trump, and Le Pen came from. Many say income gaps. I’d say.. not quite. I’d say ‘income anxiety’ and the stress over what it now takes to secure – and hold – a good job. The notion that we can go to college for four years and then spend that knowledge for the next 30 is over. If you want to be a lifelong employee anywhere today, you have to be a lifelong learner.
– Thomas L. Friedman, New York Times (11 May 2017) 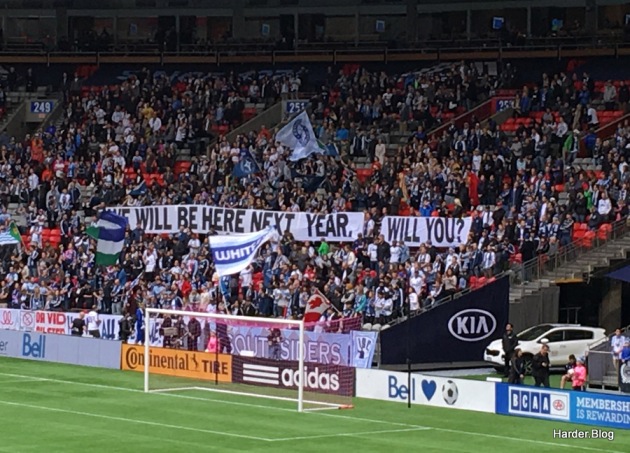 We’re not so sure that buyers of Canadian softwood would concur with a rationale contending that increased prices could form part of the solution to the ongoing cross-border trade dispute. Differences in costing our timber resources on either side of the border feed into complexities in resolving the issue. Even so, it’s interesting to hear the many interested viewpoints on the subject, including the following letter to the editor at Kelowna News (HT: Tree Frog News):

I am sure this sounds overly simplistic, but if the U.S. wants our softwood lumber to cost more, I believe we should accommodate them. Raise the stumpage rates and use the extra cash for forest renewal and fire mitigation projects. Canadian mills should raise the price to be comparable with U.S. prices. At least that way the extra money stays in Canada. The U.S. will want to keep the countervailing duties and penalties as they have in the past.
– Gord Marshall – May 3, 2017 / 2:14pm | Story: 196125

In related news, Conan O’Brien asked random Americans what issue mattered most to them during the 2016 election. Surprisingly, their answers were all the same.
Click here.  (HT: Geoff Berwick, Atlantic Forest)