Answers to the five remaining questions from the Harderblog Top Ten Questions for 2016:

6. Is oil in the $20’s an inevitable reality?
No. In early January, crude prices had plunged to $34 in the face of oversupply, a level not seen since the early 2000s. But that would turn out to be the low for the year. Most recently, a curtailment deal between OPEC and rival producers was expected to further tighten supply in midst of growing demand.

9. Is this the year 3-D printers stationed in Fraser Lake begin mass production of 2×10-14’s and 16’s?
While there is little evidence of 3-D printers mass producing 2×10-14’s & 16’s at Fraser Lake this year, there is evidence that technological developments in production of new wood products are making a profound impact on many fronts. The opportunity to spend an afternoon touring the 18-storey mass timber hybrid structure pictured below at UBC was one of the highlights of the year. See High on Wood.

10. Will the Chicago Mercantile Exchange implement circuit-breakers to tame volatility in the lumber futures market?
According to reports that regularly publish updates on lumber futures activity, it’s generally acknowledged that what happens in the lumber market is a microcosm for the entire commodities asset class. However the factors behind volatile changes are felt much more acutely in lumber, than, say, crude oil, because the market/volume is so small. This week we posed Question #10 to Stinson Dean, Broker & Risk Manager at Tall Tree Lumber Company, who confirms volume/open interest is especially low in lumber right now. “Below 4,000 open contracts is very low. Lumber used to have 10,000 in open interest back in 2012-13. When there are limited participants, there are limited sell orders and buy orders. When bullish news is announced, there aren’t enough sellers in the market to absorb an influx of buyers and we get locked limit-up. Buyers are forced to go higher and higher to find sellers.” He adds, “Random Lengths noted that 2014 was one of the least volatile years on record. That’s been followed by two very volatile years. The difference between 2014 and the two most recent years is non-commercial speculator participation. 2014 was a trendless year, 2015 was a bear trend, and 2016 was a bull trend. Funds, in particular, love trends. ‘The trend is your friend’. So, when that group recognizes a trend, they start to pile on. And that starts a chain reaction.” According to Stinson, the funds are out of the market right now; it’s anticipated they will step back in long in the new year. 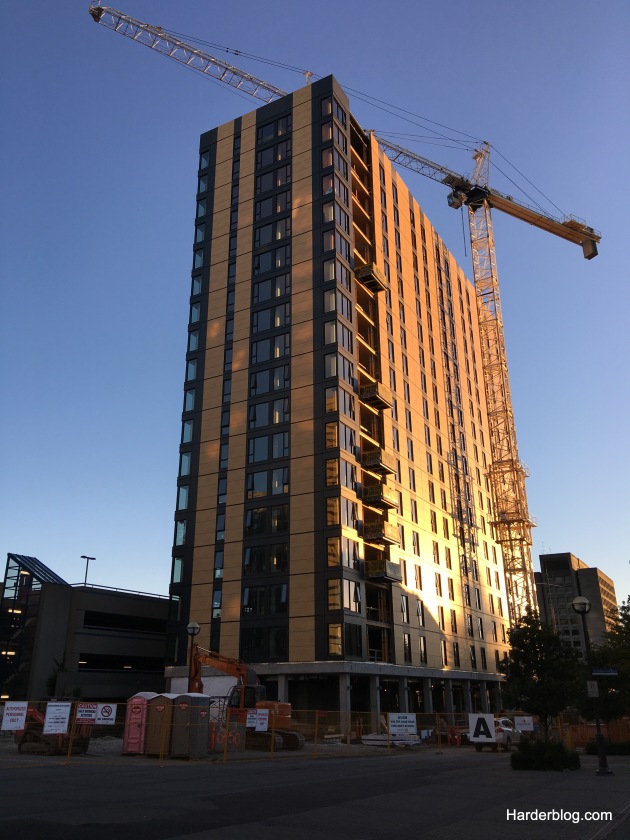