One of many highlights from an invigorating week on the road was the opportunity to listen to Jerry Howard, CEO of the National Association of Home Builders (NAHB). What a speaker. 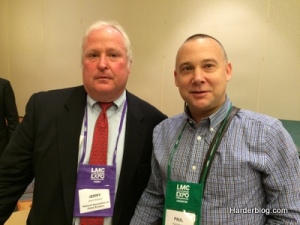 And with more than 25 years of lobbying and association experience in Washington DC, to suggest that Howard is ‘in the loop’ is to state the obvious. It’s evident the overriding concerns surrounding polarized political views continue to plague Congress. Some takeaways from Jerry Howard’s speech at the LMC Forest Products & Building Materials EXPO in Philadelphia November 11th: