When B.C.’s Big Tree Registry last week verified a towering Douglas Fir tree on Vancouver Island to be the second largest in Canada at 230 feet tall, my attention turned to the old framed photograph at bottom. It’s been hanging on a wall at home for many years. Handwritten on the back it says Douglas Fir Flag Pole to Kew Gardens, London – England. 250 ft long (15″ at top where topped) – Copper Canyon, Vancouver Island. We were told the original owner of this picture was associated with city archives.

The story of this “colossal conifer” unravels on the web. It’s reported that in 1911, B.C.’s Premier welcomed the idea of presenting a new Douglas Fir flagstaff to Kew Gardens, to replace the old one erected there in 1861. By 1914, “the provincial authorities took the matter up with alacrity, and after carefully ‘cruising’ the woods for a suitable tree, one was eventually selected growing some 30 miles North of Burrard Inlet..” Estimates have the tree measuring 300 feet to the tip of the leader.

After the spar had been prepared by axe it measured 220 feet long, before it was loaded by crane onto a vessel which sailed from B.C. on the 8th of November, 1915. Seven weeks later, “the largest individual piece of timber ever brought to Europe” was discharged into the Thames. For the next four years, the spar rested on blocks, where it was “admired by countless visitors to Kew, who compared its immense proportions with the seemingly insignificant older flagstaff which lay alongside, the length of which was a mere 159 feet.”

The spar was successfully raised on October 18, 1919. The story by F.R.S. Balfour of the B.C. Douglas Fir that became a flagstaff in world famous Kew Gardens is a fascinating one worth reading.

Does the flagstaff still stand today, I wondered? A response received this morning to my email inquiry completes the story:

“The present flagstaff is the latest in a series, the original one erected in 1861, patched and repaired and finally replaced in 1919 with a taller one, a gift of the Provincial Government of British Columbia. The third flagstaff was erected to celebrate the centenary of the Province of British Columbia and the bicentenary of the Botanical Gardens in 1959. The flagstaff was reduced in size until eventually the whole pole had to be taken down (in 2007) due to being rotten in the middle and also Woodpeckers holes. It was decided not to replace the pole with another wooden trunk, especially from an old tree, as this would be unsustainable and not in keeping with Kew’s conservation and preservation views.” 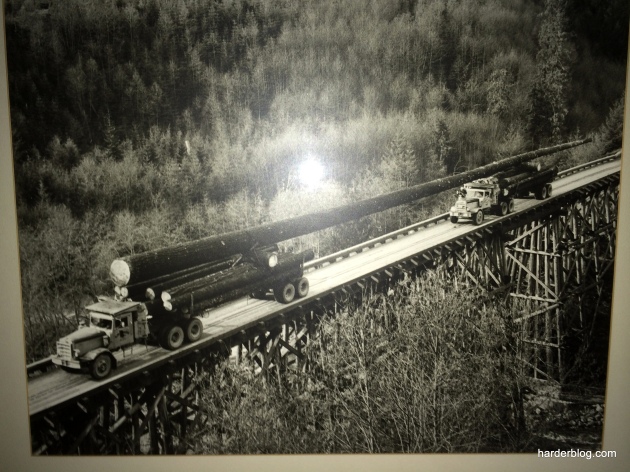