The session on Timber Supply featured three panelists who examined “how the value and security of B.C.’s changing fibre supply basket can be maximized for the benefit of industry, communities, and the province in a post-Mountain Pine Beetle world and in the context of global fibre supply trends.” Moderator Jim Girvan of MDT Ltd. introduced the three speakers:

Mark Feldinger, Sr. VP Forestry/Environment & Energy – Canfor
Mark’s presentation focused on maximizing value of the Interior fibre supply. With the MPB epidemic, U.S. housing market crash, and global recession, he suggested we are now emerging from quite possibly the five most difficult years in industry history. Where MPB -killed wood is concerned, he confirmed that we are now entering the end of the “salvage phase”. This shift means the challenge now is to maximize value from varied mixed stands/species with both dead and green components. Mark also drew attention to global supply chain challenges “from forest to customer” and the skilled labor shortage.

Gerry Thiessen, Mayor – District of Vanderhoof
My notes tell me that Gerry likened the province’s outdated forest inventory to “a 20 year old vehicle that gets you to and from work but that’s about it”. His greatest concern in his community is the threat posed by forest fires. “The fires are coming – what will the response be?” Short of those notes, I put my pen down early in his passionate presentation because I simply wanted to listen. Gerry’s talk offered the single biggest takeaway for me from this convention in terms of broadening one’s understanding and thinking. He emphasized that the ongoing challenges in a small northern town like Vanderhoof are concerned especially with building community, attracting and keeping skilled labour, while enhancing the well-being of families who choose to live there. It’s evident that seemingly small decisions made by government in Victoria can have big impacts elsewhere in the province. Government initiatives are often not necessarily congruent with the needs of smaller towns in the north.

Dave Petersen , Chief Forester and ADM – Province of B.C.
Who better to turn to for an accurate and up to minute picture of timber supply than the Chief Forester? Dave hit us with ‘the numbers’ right out of the gate:

Dave also touched on carbon sequestration before confirming the greatest risk where future timber supply is concerned is climate change. He suggested that “adapting to that change in climate” is the most pressing priority in resource management. I had a chance to speak with Dave one-on-one at the “Networking Reception” Thursday evening. I was appreciative of how much time he made for me. Perhaps an obvious answer to others, I asked why only 5% more pine in total will be attacked by the end of the MPB infestation in 2020. He explained that the “easy” stands of pine, in the Quesnel region for example, rapidly reached the point of total saturation from the MPB. Stands still vulnerable to attack are more mixed and scattered, separated by valleys etc. He said that he first encountered the MPB in the 1980’s – twice – in each instance they were wiped out in 30 below temperatures. He also touched upon the evolving story of the beetle in Cypress Hills, Alberta. Finally, in repeating a question CBC Radio asked me last fall, I asked him if it was just “bad luck” now that global demand appeared to be recovering at a time when we are now past the peak of salvageable beetle killed timber. He agreed it was unlucky that B.C. timber supply is constrained at a time demand is returning in the U.S. but noted that in my role as a lumber trader perhaps that might be viewed as good luck, reflected in rising prices.

==
This concludes my three-part report on the 2013 COFI Convention. The opportunity to attend this informative convention reaffirmed that at Dakeryn Industries we recognize the importance of staying connected to industry developments critical to interpreting market dynamics.

Updated 4-24-13: all speaker presentations are available for download via COFI here. 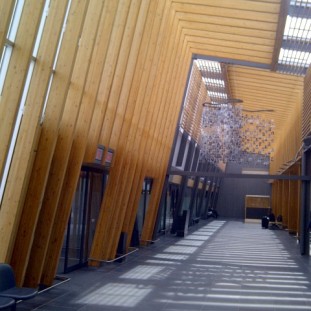 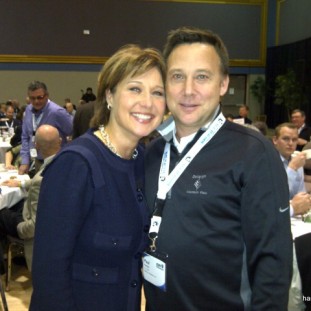 Closeup With The Premier