As another hectic trading week comes to a close, it doesn’t mean that analysts will run out of words to describe the action, or rationalize market realities against forecasts.
What’s to be made of running commentaries on market behavior? Pretty much every characterization, use of words has been in play in recent times. Some might even suggest it’s time to “Put a sock in it” … which, as it turns out, is what happened at our home this week: 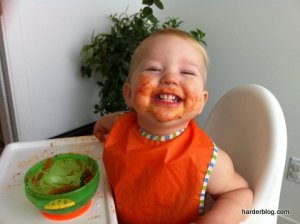 With family out for the evening Tuesday, I hurriedly turned on our dishwasher before heading to the door for tennis – only to race back to run the garburator, “just in case”. It sounded full of stuff that wasn’t breaking up. I reached inside to discover a pair of my one-year old’s socks in there. How does THAT happen?
My dad furnished the following answer to that question in an email:

“This info comes under the heading of woman’s prerogative to put pretty much anything down the garburator that she wants to. It’s a pattern that varies among individuals in terms of the age when such behavior has been found to begin (although in Evie’s case, this sounds like a very early start).. for some women it’s been known to continue intermittently even into retirement age. Early intervention can help prevent such activity from becoming a chronic concern in later years.” – Ernie