Eating Dirt is a memoir by Charlotte Gill.
During a tree-planting career spanning 17 years, she passionately planted over one million trees in this province.

I may have been drawn to the book in recalling a co-worker long ago, excitedly quitting his job at the sports shop where we worked our teen years together. Lured by the promise of big money as a tree-planter, the long goodbyes led us to believe we might never see him again. He was back home less than a week later. Short of shaking his head, no explanation was offered. In lively detail which broadens perspective for any lumber trader, Charlotte Gill explains why. I bookmarked the following passages while reading her book.

“Soon enough, we’ll have plastered these hillsides, emptied this contract of trees. It will be time to move on to the next job and the next town. Wherever we go, there are always more trees to plant, more clear-cuts and more stumps. One day we’ll get so efficient and expert we’ll be right on the heels of the loggers. Maybe we’ll even overtake them. And then finally we can sit down to rest.”

“.. After the biggest harvest ever in 1987 the province of British Columbia supplied the world with enough logs – 89 million cubic meters – to fill two million logging trucks, all in a single year.”

“As tree planters, we are simple, monotasking professionals, purveyors of visually effective green-up or VEG, as industry calls it for short. We provide raw materials for people who’ve not yet been born. By the time these future forests arrive, the world will be packed with 50 percent more people, but we’ll be long gone.”

“Until we learn how to fold up the centuries or to mimic photosynthesis there’s no substitute for patience. Human hands can replace the trees but not necessarily the forest. Tree planting sets the stage, perhaps hastening a revival, but still we must wait. For something happens underneath an established canopy that we can neither replicate nor control. An ancient forest is a life-giving environment, like a coral reef or a wetland, where creatures flock to find shelter and nourishment. It’s a biome defined by relationships – complexly layered, synergistic webs containing millions of organisms for every acre of space. How does everyone get along? Inside the apparent chaos is a precise and intricate order. Every plant, animal, and micro organism submits to a bio-evolutionary compact that equalizes rates of birth and death, immigration, and the evolution of old species into new ones. Countless beings dovetail together into limited space while sharing finite resources. This is biodiversity. A richness of community that, like any human neighborhood, is also deepened with time.”
– Charlotte Gill, Eating Dirt 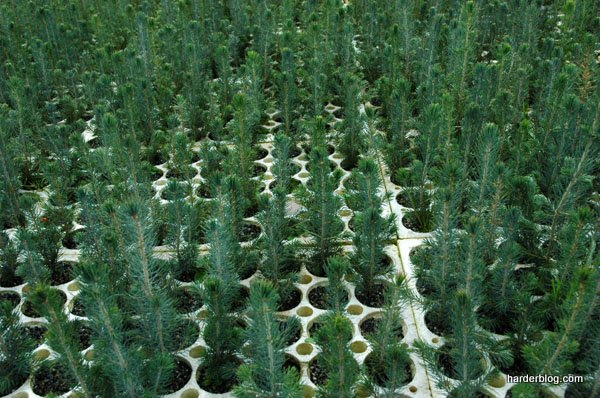