It’s big news in B.C.  as the “widest bridge in the world” nears completion. We’re told here that “all eyes have turned toward the Fraser River crossing to see if promises have been kept and if taxpayers’ dollars have been worth it.”
Not surprisingly, the political lenses are brought into focus. When it’s reported here that a longtime independent lumber yard in Muncie, Indiana is closing after decades of serving a local community, it’s irresistible to bring politics of imminent election into the discussion (see comments after story). The complexities of resolving societal issues, whether traffic congestion or economic matters, bring into focus a need for ‘building bridges’ between differing points of view.

Monday morning metaphors can be puzzling though.  What can we make of a story in this morning’s Vancouver Province  in which it’s reported that thieves made off with $200,000 worth of bridge girders from a local gated construction compound – for a third time? Sounds like the beginnings of another bridge to nowhere. 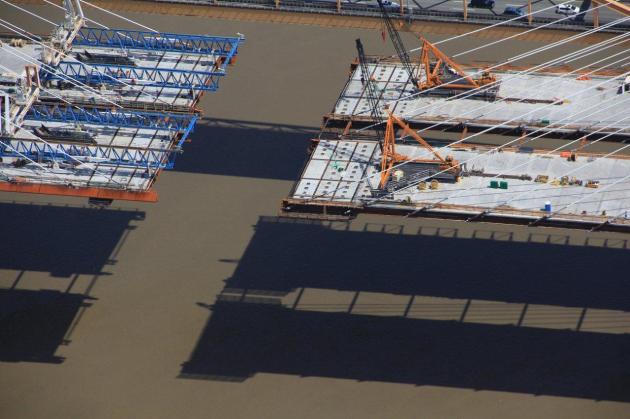